Another Teaser - Tears of Heaven 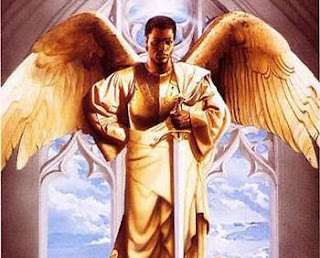 “I trust the rogue is banished?” Ahadiel asked, though it sounded more of a statement.

“Have I ever failed?” Del replied, her voice was tired again as she felt some of the heat in her blood ebb.

“Yes,” Ahadiel replied.  “You have, and on more than one occasion.”

“Such questions do not make sense to me.  You have failed, otherwise why approach the subject?”

Ahadiel smiled, broadly, with perfect, brilliantly white teeth, the color they try to make them in toothpaste commercials.

“You asked,” his voice trailed off and his face seemed to light up with his smile.  “Where is young Marrin?”

almost laughed.  The idea that Marrin could be called young was ludicrous.  It was like calling short, or the shallow.  While he was younger than , it was only by a thousand years or so.  In a lifespan such as theirs, that meant that he was the college-age nephew to her recently graduated and now working in auntie.

But it was not the same for Ahadiel.

To him, who had seen the First Light of the Creation, all things that did not date within a millennium of the Beginning were “young”.  He counted his age in eons, epochs.

“I sent him out for milk,” Del replied, and let the sarcasm show plainly in her voice.
Posted by RobRoy McCandless at 7:44 AM