The Return of the Curse of the Nintendo Thumb


About a week ago, my boys were begging me to buy them a new game.  They’re young, so they’re mostly drawn in by the bright and sparkly pictures they see without any real sense of what the game is or even what money is.

They know that a Nintendo 3DS costs around $300, they know that’s a big number, but they don’t know if it’s bigger or smaller than 200 or a million.

My boys like some of the retro titles like Super Mario Bros and the original Zelda.  I saw Zelda II: The Adventure of Link (aren’t they ALL the adventure of Link?) and thought they might enjoy it.

I was partially right.  They enjoy it, but only if I’m playing it.

Suddenly, my left thumb is hurting like crazy and I can barely bend it.  At 40-something, I suddenly have Nintendo Thumb again.  My family bought the SNES and each of us three kids were allowed to pick out one game.  I picked “Zelda II: The Adventure of Link” not because I’d played Zelda (I didn’t even catch the II on the title), but because there was a groovy looking sword (which you never get) and the cartridge which itself was shiny gold.

I can’t even recall what the other three games were.  They may have been decent titles, but my brother, sister and I were enrapt by the world of Hyrule.  Having played some immerse RPG titles over my long but spotty career, I can say that I’m no longer so enthralled by the game.  I remember most of the tricks and tips, and my boys seem to love watching me succeed.

There’s nothing like a six year-old telling you, “Good job!” to make you feel all warm and fuzzy inside.  This most recently happened a few days ago when I successfully navigated Death Mountain and managed, on my last life with my last bit of health, to procure The Hammer.

I don’t expect everyone to understand what an achievement that is in the game, but a number of pesky boulders that divide easy-access across some screens are immediately rendered moot by The Hammer.  Why The Hammer doesn’t also work on cut-stone blocks, I don’t know (you need The Glove for that), but the game becomes somewhat easier once you have The Hammer, so a good time was had by all.

Alas, when I booted up the game the next day, someone had done “something” and erased all my work including the hard-won and finally attained The Hammer.  Not just that, but my poor, sore thumb is still throbbing, and with nothing to show for the effort.  You almost feel like inviting Ganon to return!
Posted by RobRoy McCandless at 3:00 AM No comments:

Dragons, and Steampunks, and Horror Anthologies OH MY!


HarrenPress released its schedule for the upcoming months.  Not long of a wait for a few new stories by yours truly, and some other excellent authors!

1. The Bone Sword by Walter Rhein

2. Chords of Charis by Jesse Duckworth and Brian Woods

3. Gleanings From the Fields of Life - A Psychic's Guide to the Galaxy - by Ruth Lordan

1. The Dormancy of Harren (anthology) – includes my short story He Who Tells the Tale

2. A Song of Atonement by Jesse Duckworth

1. In Shambles (anthology) featuring Kevin J Anderson – includes my short story And Into A Watery Grave

2. Raiders of the Seventh Planet by Roy C Booth and Eric Heideman

2. Cloud Caller by Roy C Booth and Brian Woods
Posted by RobRoy McCandless at 3:00 AM No comments: 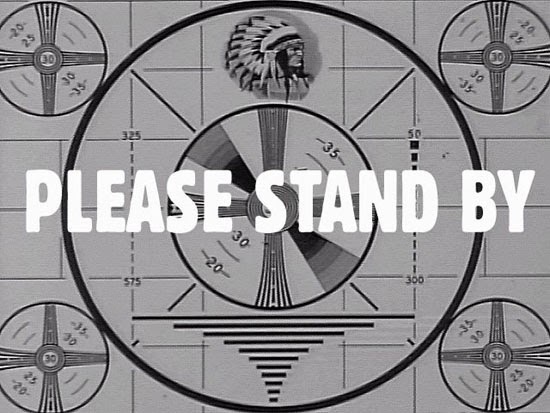 I’m working up an article about spears in warfare.  They’re generally handier in a battle than a sword, but there’s a reason a warrior/soldier would want both.

Still, I forget how many resources I have to pour through to pull together a decent overview of the subject.

In the meantime, here’s a link to cat fails.
Posted by RobRoy McCandless at 10:26 AM No comments:


I read Eric Lahti’s Henchmen as soon as it came out in 2013.  If you like your action fast, your characters flawed, and your urban fantasy dark, then Henchmen is the book for you.

About a week ago, Mr. Lahti asked me to beta his follow up book.  I’ve been a beta reader and reviewer for a number of other folk, but this is truly an interesting experience.  Generally, I don’t have a vested interest in a book that I’m beta reading.  They almost always are outside my genre which is not necessarily a bad thing.  I pay attention to aspects of a writer’s work that the target audience often wouldn’t.

But it’s so damn nice to sometimes get lost while reviewing the draft in characters, setting and plot that appeal to me personally.  This does, however, result in rereading certain sections.  But perhaps that’s beneficial too.

If you need me, I'll be reading.
Posted by RobRoy McCandless at 8:54 AM No comments: