A little over a year ago, I wrote a letter to the Amazing James Randi. I knew from a friend who 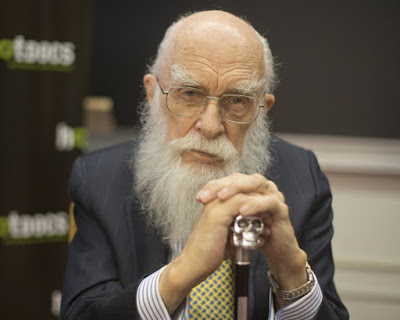 was close to him that James wasn’t doing all that well, and was mostly secluded in his home.  I’d delayed writing to Randi for a number of reasons, mostly because I couldn’t believe that a man who seemed to SO have it together would deign to respond to me.

While I understood, I was also deeply saddened.  I also reflected back on what I had learned, not just from Randi but the community of people who had gathered around him to share in his common interest.  Randi was not just a wizard of a magician and a sorcerer of an escape artist; he was also a skeptic, who debunked those who would profit from the ignorance and the hope of others.

Unfortunately, The Amazing Randi passed away today. I was asked to write about Mr. Randi, against this very day. I decided I had already done so in that letter I wrote to him a year ago, and which I share with you now:

I’ve been meaning to write this letter to you for some time. I admit, I only stumbled on you and your vibrant community of skeptics when I was doing research for an alternative-history novel. About ten years ago I found the James Randi Education Foundation forums and, for me at least, it was a truly a turning point in my life. I’d never engaged with so many intelligent, well-spoken, and thoughtful individuals, passionate about understanding the world, but unwilling to accept “easy” answers.

From there, it was simple to start to understand how important your role was in the world. While I’ve always loved magic, I’ve also always understood it was a learned skill, with presentation and showmanship being the key components. I was fascinated and impressed with the many, many videos of you debunking various claims of supernatural ability, and greatly enjoyed reading the updates regarding the Million Dollar Challenge and those individuals who attempted to win the prize. Attempted, but all failed.

After watching the documentary An Honest Liar, I was even more impressed with you and your life. I was especially intrigued when you taught journalist Barbara Walters to bend a spoon to match the one that Uri Geller had given her, showing how it was a skill/trick rather than a supernatural ability. That image, a spoon bent by a man who claimed no special powers except the ability to create a convincing illusion, epitomized for me the need and desire to understand the world. I mentioned this to my friend, Jeff Wagg, when discussing the movie, and how much I would love to have a spoon bent by you. He kindly provided me with your address so that I could make this request. 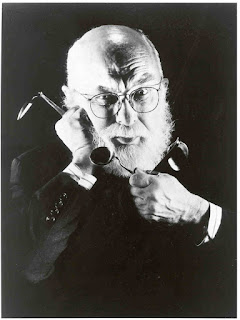 Mr. Randi, would you do me the extreme honor of bending the enclosed spoon with your “amazing” skills and returning it to me in the enclosed envelope? I intend to frame and display it for anyone who comes to my house and to proudly explain it’s very interesting, but also very natural, origins.

Thank you very much!

While I will never get that spoon, that was only a material symbol of the turning point in my life and the role that Randi played in it. It would have been nice to have, but it wasn’t necessary. What Randi had already given me, without even knowing it, was much more valuable, and something that I will never lose.

Thank you Mr. Randi, for all you did, for me and countless others. You may have never known the impact you had on our lives, but we are all better just for having known you.

If you haven’t had the chance yet, I strongly recommend watching An Honest Liar which is an excellent, if too short look, into the life of James Randi. It’s available on many streaming services.

ETA: Yesterday, after perusing a series of James Randi talks and appearances, I discovered the exact Barbara Walter’s episode. Randi didn’t bend a spoon, but instead bent a key. I’m not sure how I got in my head that it was a spoon, except that Randi was revealing Uri Geller’s lack of psychic ability, and Geller was/is known for his spoon bending. I’m leaving the error as-is, since that’s how I originally wrote the letter.

DCs Legends of Tomorrow—Doesn’t suck. At one point, I said, without thinking, “This is SO

cartoony.” Then I remembered the source material and was ok with the rest. I’m not that much of a comics fan that I can say why some of the mistakes are made, but I’m sure there’s a reason. If you go in like this, there’s some fun super powers, like Doctor Who but with laser guns and stuff. (Netflix)

The Van Halen Story: The Early Years—Meh. When your documentary about the band barely contains the band at all, and nothing but lousy audio for some, ya gotta know you’ve gone the wrong way. Not all bad, as Diamond David Lee Roth is never shy with a camera around. (Amazon Prime)

Scoob!—Tolerable. My boys got a kick out of it, but I was only mildly entertained, and mostly by the call-outs and meta-moments. Most all the characters were reasonably on point with their older cartoon counterparts, but Scooby’s full sentences and lack of “dog” accent was a little off-putting. (BluRay)

New Girl—Still funny. Maybe more so as this is my second time through. I’m looking for the hints at certain relationships and the changes in characters. Winston is still the most misused of the bunch, devolving into a one-note joke like Joey Tribbiani from “Friends”. Except for the stellar performance by Lamorne Morris, that’s a shame. But still funny. Yeah, still funny. (Netflix)

The Lorax—Excellent. Like all of Dr. Suess’ work should be, this one feels pretty timeless to me. Doesn’t matter if the concern is trees or lives, the “Unless” quote definitely applies: ‘Unless someone like you cares a whole awful lot, nothing is going to get better. It's not.” (Netflix)

Posted by RobRoy McCandless at 8:44 AM No comments: