Halloween Was Scarier Than Usual

Yesterday, I received the scariest notice I’ve ever had from my boys’ school:

At this time Castle View Elementary has been placed on lockdown due to a disturbance inside of a classroom. Riverside Police Department is on site and actively working to resolve the situation. All students are being evacuated to a safe location off-campus. Unfortunately, at this time we cannot release any students until the lockdown order has been lifted by RPD. We will communicate with you again as soon as the situation is resolved and give you further instructions on student pickup.

Thank you for your cooperation

I never did get a follow up message on where the kids were or what needed to happen to pick them up.  I can’t really fault the school district or the administration.  They were busy with the amazing controlled chaos of managing the students at a nearby park, and trying to communicate with the parents who, like me, received this message and believed the worst.

The reality was bad enough.

The news reports, of course, milked this for everything it was worth, but the truth is that the parents were more terrified than the kids.  They’ve been practicing lockdown drills for just this kind of concern.  While it always pains me that this is the reality we’ve created for our children, today I was grateful for that foresight.  My middle son, Tris, said he arrived at the park first, and his biggest annoyance was that he didn’t get to eat lunch (food and water was later provided).  He said he quickly found my youngest, Xavi, and then they played “for longer than a normal recess.”  My oldest son, Porter, true to form, was telling jokes and helping with some of the kids who were nervous.

I have to give it up to Riverside Unified School District, the Castle View Elementary Staff and the Riverside Police and Fire Departments.  All were on hand, keeping control of the situation, providing parents with information as it was available, and working to release the children as quickly and safely as possible.  The first thing I heard when I walked up was that all the kids were accounted for and safe.  None were still at the school.  We also knew that the situation was still “active” but obviously they didn’t provide any more information on that.

To my sons, the biggest concern was their backpacks.  Xavi insisted that a “robber” had come to the school—I guess the theft of his art supplies and monster trucks would be the greatest tragedy he can imagine.  Porter and Tris knew even less and didn’t bother speculating.  They were more concerned about the lack of homework (yes, I have those students).  While the helicopters over the area that evening let me know that the situation was still not resolved, we felt more than safe enough to go trick-or-treating that evening, and there was a great haul.  Friends let me know when the news reported that SWAT had ended the stand-off and that was essentially that. 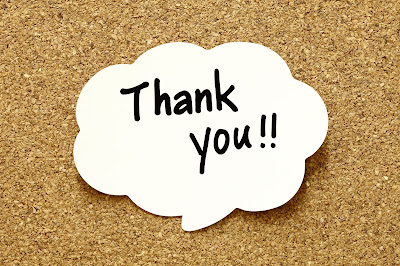 While this is just a small blog, I definitely want to thank RUSD and Castle View Elementary staff, and the Riverside Police and Fire departments.  They managed this situation with the safety of the children and the concern of the parents first and foremost (at least from my perspective) and handled everything with amazing efficiency and effectiveness.  It totally sucks that our children have to learn lockdown procedures because of the world that we’ve shaped—but it’s far and away better than shrugging our shoulders because, “What can you do?”

After I retrieved my sons, I thanked any staff, fire or police personnel that we passed.  They all seemed happy to be there, doing their best to keep the kids safe.  No children were harmed in the least, and most didn't even realize the seriousness of the situation.

Thank you, again.  Thank you!
Posted by RobRoy McCandless at 7:28 AM