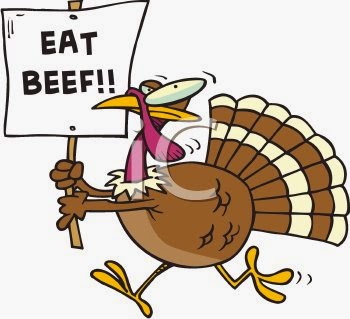 
A fellow author on a group forum was approached by a publishing company.  That’s all nice and huzzah worthy until they hit her with the other shoe—they claimed to be a boutique publisher and required $10,000 (yes, ten- THOUSAND) up front for their services, including editing and cover design.

Wisely, she declined their offer for what it was—a scam.

This is one of the very rare times when it’s unfortunate that these days anyone can be an author.  If there were a gateway that all would-be authors had to pass through, a simple pamphlet entitled “Yog’s Law and You!” would take care of these kinds of concerns.  There might be other, more clever cons out there, but the obvious pay-to-play would dry up immediately.

Yog’s Law is simple: Money should flow toward the author.

In the above case, $10,000 is more than an obvious red-flag. It's so far out of most author's potential budget as to become a fireworks and magic display spelling out: “GET YOUR SCAM & CON HERE!”

Being published traditionally still has some cache. Not as much in the past, as more authors are “making it” (which probably should be defined as “able to quit their day job”) as independents. But publishing indie is less a guarantee of success than through a publisher, even a small press (who may or may not know what they're doing). So the desire to publish can easily override common sense, especially of the "fees" seem minor.

After all, what's $50 or even $500 when measured against seeing your book in print and available to the masses? Physical print is pretty much the first major, necessary step (other than actually writing) to world renown, fame and fortune. A decent enough con-artist can show you “examples” of successful authors who have used their services, and even sweeten the deal by offering a discount, say from their usual $1500 down to $1000. This may or may not include editing and cover design.

After all, this is your dream, right? You want to sign a contract, be told you have talent, and see your work go through the process of being released.

Damn, I know I do! The first acceptance I received, after years and years of rejections, was . . . wow. Words fail this writer. It was Scotch and sex and winning the lottery all at the same time. I don't think I took a step for a week.

I floated around on a fluffy cloud of happiness.

But I’d done my homework, researched the publisher, and made certain they were legitimate.  I read reviews about their process, and I knew (roughly) what I was getting myself into.  I’ve learned a lot since then, but nothing that made me regret my decision to sign on the electronically-dotted line.

Falling for a $10,000 service fee is a bit far-fetched for most authors.  It could happen, and I feel sorry for anyone who bites on that bait.  But a lesser amount?  Oh yeah, new authors fall for it all the time.  Scams like this may actually produce a book, but nothing near what the author had to shell out.

Yog’s Law in one.
Posted by RobRoy McCandless at 12:50 PM No comments:

Eric Lahti’s urban fantasy “Arise (Henchmen Book 2)” continues the tale of Steven, Eve, Jessica and the rest of the surviving characters from “Henchmen Awaken” with the same passion, joy, humor, and of course “bad guy” violence.  While readers will certainly understand the characters and their relationships better if they read the first book, Lahti is such a strong storyteller that “Arise” can be read on its own.

Lahti’s story focuses on Steven, who provides his sardonic, first person account in the aftermath of the Dreamer’s freedom from US Government (black ops of course) control.  While Steven himself originally had no powers, he is surrounded by those who are connected with the otherworldly, especially in his former boss Eve, a seven foot tall blonde with surprising strength and healing.  Lahti beefs up his cast of character with the addition of Wilford Saxton, who should, by all rights, be dead.  The mystery of his continued survival is a wonderful part of this new story.

What’s makes “Arise” so excellent isn’t just the jokes sprinkled throughout the wonderfully wrought action.  Lahti also makes time for the relationship that readers have been waiting for between Steven and Jessica.  Lahti’s extra layer of this potential love story fully engages the reader.

In “Arise (Henchmen Book 2)” Lahti crafts an urban fantasy with thrilling action, wonderful humor, and relationships around very real characters to create a fun treat for genre-readers.  I’m pleased to report that this addition to the story doesn’t suffer from the usual middle-child issues.  It stands on its own as a complete story, but it also nicely sets the stage for several more chapters.

Posted by RobRoy McCandless at 8:17 AM No comments: 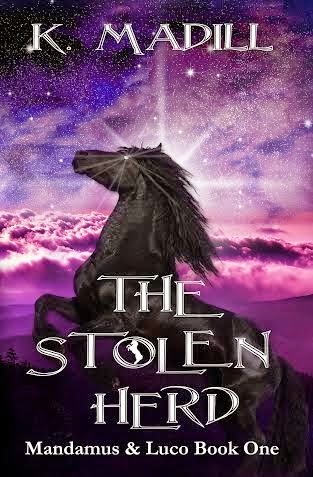 Beginning to end, Karai Madill’s The Stolen Herd is a wonderful young adult adventure and coming of age story, with beautifully drawn characters that engage and delight the reader.  While the genre of young adult fantasy might put some readers off, Madrill easily crossed the age gap with a well-told story that is open to readers of all ages.

Madill’s story is the fantasy adventure of Mandamus, an foal parted from his herd when they are captured by the Rakhana as slaves.  Mandamus grows up under the guidance of Mareva a queen and Daleth, her general, two strong mares who lead and guide their herd.

Mandamus isn’t aware of his true origins until the day he accidentally “spies” on a princess of the Night Mares, a nomadic herd or dangerous mares.  Although innocent, Mandamus must flee the Night Mares queen’s wrath.  Along his way to find a herd of bachelor stallions, Mandamus comes across a man, Luco, who agrees to aid him and befriends him through the dangers of the wide open world.

Madill’s characters are very real and wonderfully engaging.  Her story flows from scene to scene and adventure to adventure.  The Stolen Herd will make readers want to keep turning the pages to find out what happens next, as Madill brings to life such wonderful human and animal characters, and explores the definition of true friendship and companionship.


Posted by RobRoy McCandless at 10:27 AM No comments: