Going into the finer points of copyright law and protection is a lot like exfoliating with a cheese grater—sure it gets the job done, but there are better tools for the job that don’t leave you bloody.

To start, you should go to the source—the United States Copyright Office.  They have handy FAQs that link to more detailed information and even the laws themselves, if you’re so inclined.  After that, if you’re still confused, consult an copyright attorney.

For a quick-and-dirty understanding here are some simple rules:

1 - The moment you put your creative ideas into fixed media (either words on a page, or digital file) you have a copyright.  Nothing else is needed.

2 - Copyright with the US Copyright Office will extend you additional protections IF you think you're going to need to file suit.

3 - Filing a copyright on a submission provides only minor additional protection. If you have to do healthy rewrites, which most agents/publishers will require, you’ll render the original copyright useless.

3a - No reputable agent or publisher will steal your work anyhow. That's why they're reputable.

Understand what an agent or a publisher is looking for—you.  Your work is an extension of your ability as a storyteller, and it’s how YOU tell the story that matters.  Your ideas don’t have to be overly original for the story to be entertaining (although, it can help).  What is required is a good story well-told.  Agents and publishers want to sell books, the more the better, and if you’re a good storyteller, there’s a higher chance that you’ll write additional books along the same line that will also sell.  Stealing an unknown author’s work is short-term gain (if gain at all) versus long-term loss.

But the most original idea won’t carry a poorly written book.  In some cases, originality is only a riff on existing tropes.  That’s why genre exists.  It tells the reader that you’re most likely to find sword-swinging barbarians and scantily clad warrior-queens under the “Fantasy” moniker, because certain elements are expected of certain genres.

I mean, if you’re into that kind of thing.
Posted by RobRoy McCandless at 3:00 AM 2 comments:

Rules of the Xavi

If I had it a little while ago, it’s mine.

If you put it down, it’s becomes mine.

If it’s mine it, don’t even think of picking it up.

If I’m playing or building something, all the pieces are mine.

If it’s broken, it’s yours.  Fix it so it can be mine again.

Posted by RobRoy McCandless at 8:21 AM No comments:


In some ways, yes, I went to school to become a writer.  I have a degree in Speech Communication and English Literature with an emphasis on creative writing.  But I’ve been writing most of my life.  In grade school, like around third grade, when we were assigned to write sentences using specific words, I turned the entire exercise into an opportunity to tell a story.  I wrote a play (a bad one) with a friend in sixth grade, and it seems like I was always working on some kind of story or book after that.

I guess technically I’ve only been in the business for two years.  I kept most of my writing on the shelf and didn’t do much with it.  A friend of mine, a memoirist and political columnist, asked me to review some of his writing, and it occurred to me that I could do the same with a book I’d been considering writing.  I loved the story and the writing process, and realized I really wanted to work with a professional editor to make it better.  That’s when I started to really look for a publisher.

As you can gather from the previous response, I have a publisher.  I’m in search of an agent to represent my work.  While I believe in self-publishing and everything that it can give to gifted writers otherwise overlooked for being too niche or genre, it has also opened the floodgates.  There is a lot of mediocre and poor writing out there that could have been made much, much better with guidance from a professional hand.  I’m not talking about the loss of voice—that’s not an editor’s job.  At least not a good editor. 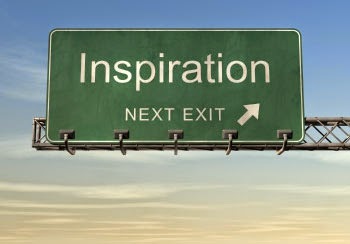 Getting a publisher or an agent is all about the same thing—keep writing.  You have to continually work at your craft, learn how to tell stories, and how to make them compelling to an audience.  That’s half of the battle.  The other half is having a finely prepared publishing package ready to go, and going out on the hunt.  The internet has made it easier than ever to research publishers and agents and find those that would be a good fit for your work.  There’s a good site called Preditors & Editors which reviews publishers based on their integrity.  There’s another site called agentquery.com which will let you search on agents who represent your genre.  Those are the best places to look to for selling work.

The first best advice I can give is to write and keep writing.  Not editing, but actual writing.  Get the story written, get it out of your head and down on the page.  Every writer I know who wants to be successful is constantly working on another project.  That’s the key.  It may not be “this” story that sells, it may be “the next” story that intrigues a publisher or an agent.  So you have to keep moving.
Posted by RobRoy McCandless at 9:07 AM No comments:

Having children is more than just a privilege—it’s a huge responsibility.

Not only do you have to feed and clothe and care for a child, you also have to provide for that child’s upbringing and education.  It’s a lifelong process, and for some it can seem daunting.

With my boys, I started early.

As soon as I could get them to slap the palm of my hand, I would cheer and give them treats and tell them how smart and clever they were.  I’d also start to trigger a Pavlovian response by calling out, “Five!  Five!”  Once they had that down, which for my clever, smart and handsome boys wasn’t long, I quickly added in the Fist Bump.  This was easy, because they already enjoyed all the attention from the High Five.

Making the Fist Bump explode gave them giggles.  Normally, I wouldn’t encourage such behavior, but they had worked so well on the High Five, I let them have this one.

Now, the Gun Show, that was the hard part.  It’s not just the raising of the arms to show off their impressive biceps, but also giving the shine of saying, “Free tickets!”  Unfortunately “free” and “three” sound nearly the same.  Also, most of their young lives are spent counting things to learn numbers.  But a near success is better than outright failure.

Now, I’ve moved on to bigger and better things—Star Trek dialogue.  When we’re in my truck, they’ll ask me to “go turbo” to which I respond, “She’ll fly apart!”  They cheerfully yell back at me, “Fly her apart then!”

Most recently, I’ve started doing a bit of a scene from John Cusack’s seminal Say Anything:

Me: Hey my man, can I borrow twenty dollars from you?
Son: No my man.  You still owe me from last week!

This works with the biggest and the middle sons.  My youngest, for some reason, thinks he is extremely clever when the dialogue goes like this:

Me: Hey my man, can I borrow twenty dollars from you?
Son: Yes!